GOLDEN CHICKENS: Evolution of the MaaS 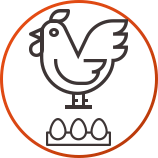 Throughout March and April, QuoIntelligence observed four attacks (i.e. sightings) utilizing various tools from the Golden Chickens (GC) Malware-as-a-Service (MaaS) portfolio – we are now declassifying our findings, after first notifying clients on 22 May . Further, during our analysis of the sightings, we confirmed the GC MaaS Operator, Badbullzvenom, released improved variants with code updates to three tools in the service portfolio:

Since 2018, QuoItelligence has tracked the evolution of the GC MaaS, the activities of its Operator Badbullzvenom, as well as the different threat actors using the MaaS – including top-tier, financially-motivated threat actors such as FIN6 and the Cobalt Group. The GC MaaS remains as a preferred service provider for top-tier e-crime threat actor groups due to Badbullzvenom/the Operator’s consistent updates and improvements of tools and its ability to maintain underlying network infrastructure. Although GC tools have primarily been used to compromise organizations in the retail and financial sector, one notable outlier includes a potentially targeted attack against a chemical company.

Throughout March and April, QuoIntelligence has observed four sightings utilizing various tools from the GC MaaS portfolio. Overall, we attribute the separately conducted campaigns with confidence varying from low to moderate to GC05, GC06.tmp, and FIN6. To clarify GC05 and GC06.tmp, we categorize the multiple GC MaaS clients as GCxx based on their overall motives, means, and opportunities. Additionally, we append .tmp to the GC categorization to represent that we are investigating their exact singular attribution.

On 6 March, QuoIntelligence detected a new malicious Microsoft Excel document leading to the download of GC MaaS tools. Following our preliminary analysis, we confirmed the malicious document (maldoc) leads to an attack kill-chain which entirely relies on GC MaaS tools. Based on our telemetry, we assess with moderate to high confidence this targeted attack was against a large German chemical company.

Upon further analysis, we do not attribute the maldoc to the GC MaaS toolset as it is clear the employed technique is a well-documented abuse of a legacy functionality in Microsoft Office known as Excel 4.0 Macro Sheet. The Macro Sheet was obviously adapted to use the downloaded .ocx file – the typical file extension of TerraLoader.

The Macro Sheet contains formulas in cells to perform actions, including Run on open (Auto_Open) and execute shell commands and web requests. Once the document is opened, the Macro Sheet’s code is triggered, and it initiates the infection routine to download and execute the next stage payload which is a TerraLoader variant.

The attack chain consists of multiple known GC tools which are:

Consistent with our earlier observation, attacks relying on lite_more_eggs result in a variant of more_eggs dropped on the victim’s the system. In this case, neither TerraLoader nor more_eggs were digitally signed, and the observed more_eggs variant version is the older “2.0b”.

We have observed three occurrences involving the same highlighted attack kill-chain of GC attributed tools, resulting specifically in the older “2.0b” variant of more_eggs. Although this activity is not distinct enough, we are temporally attributing these sightings to GC06.tmp.

On 10 April, QuoIntelligence detected a new VenomLNK variant. The VenomLNK file is contained within a Zip archive; both themed as a financial document, and likely delivered to a targeted user as an email attachment or link. While the observed filenames indicate the exploitation of a financial theme, we cannot confirm the victimology at this time.

The attack’s kill-chain involves an obfuscated JS scriptlet dropping a TerraLoader variant and decoy Microsoft Word document. While the decoy document appears in the screen on the user’s system, the TerraLoader is running and dropping a more_eggs variant. Finally, the more_eggs delivers a final payload of the information-stealer tracked by QuoItelligence as TerraStealer, two tools already attributed to the GC MaaS.

Pivoting on our initial sample, we obtained additional VenomLNK files which are all similar except for the C2 URLs and contain slight modifications from earlier known variants. Further, we determined that our initial sighting was part of a campaign which likely began on 11 March through 14 April. Based on our observations, the campaign aligns with activities and TTPs we previously attributed to GC05; a threat actor we have tracked since September 2019 who leverages the GC MaaS extensively, especially VenomLNK, more_eggs, and TerraStealer.

In April, we processed two sightings of attacks sharing similar characteristics of previously observed activity attributed to the financially-motivated threat actor group known as FIN6. Since 2018, QuoIntelligence was able to attribute with high confidence the use of GC MaaS tools such as more_eggs, TerraLoader, and TerraTV to FIN6 campaigns. Based on our analysis of the new campaigns, it is evident that FIN6 remains a customer of the GC MaaS. Although FIN6 is known to primarily target the financial and retail sectors, we cannot confirm the victimology of these campaigns at this time.

On 8 April, we became aware of a new variant of VenomLNK and its original Zip archive. Both filenames aligned with the theme for the known fake job campaign attributed to FIN6, by both researchers at IBM-X Force and Proofpoint, conducted since at least the middle of 2018. The original Zip archive, named assistant_buyer.zip, contained the VenomLNK variant named Job Offering.lnk. During analysis, the C2 URL was not serving the next stage payload of the kill-chain. Based on our telemtry, the first alleged execution of the attack occurred on 7 and 8 April, suggesting the sighting was likely part of new activity. However, due to lack of further pieces of evidence on the kill-chain, we currently attribute the sighting to FIN6 with low confidence.

On 27 April, QuoIntelligence detected a new variant of TerraLoader having a modified payload delivery mechanism which decrypts the included payload (shellcode) and loads it directly into memory. During analysis, we identified two DLLs in memory – one very likely OpenSSL and the other highly likely Meterpreter, which is a full-featured backdoor. The Meterpreter uses HTTPS to callback to an attacker-controlled asset. Further aligning with the detection timeframe, the TerraLoader variant included a kill-switch of year 2020 – a feature that disallows the execution of a malware sample beyond a hardcoded date, time, or year value. As we have already noted, the kill-switch is a common feature of the Operator’s arsenal aimed at enforcing his own licensing with his customers.

Previously in April 2019, we identified FIN6 as the only GC MaaS customer using a variation of the approach described above. Further to the attribution of the April 2019 case, the involved C2 domain, registered in January 2019,  is also a domain we observed in attack activity we already attributed earlier, with high confidence to FIN6. In April 2020, we detected another attack with the same approach from 2019. The activity of all three cases are described as follows:

A reasonable hypothesis for the new approach of using obfuscated shellcode, instead of injecting into another process, could likely be to increase stealth and evade detection by security solutions such as Anti-Virus. As such, TerraLoader is known to be fully undetectable, so decrypting and executing code within the same memory space will increase the likelihood of being undetected by most Anti-Virus solutions.

The TerraLoader variant observed in Sighting 2, spanning from 11 March to 14 April, contains some notable feature changes, which we previously observed only twice in December 2019. The new variant uses a different string de/obfuscation, brute-forcing implementation, and anti-analysis techniques.

On 29 April, we detected a new variant of TerraLoader which contains a msxml.exe (a Windows command line utility that invokes the Microsoft XML Parser for transformation) and new more_eggs version, “6.6b”, embedded in its .data section.

The latest variant of more_eggs is 6.6b, one iteration above the last known version “6.6a”, was observed during the campaign from 11 March through 14 April. Besides the typical customized more_eggs configuration variables (version number BV, C2 address Gate, and part of the ciphering key used to encrypt C2 communications, Rkey), the latest variant contains two notable main code changes:

Sighting 3 utilized an updated variant of VenomLNK as an initial attack vector in a targeted campaign. We have observed VenomLNK used in various campaigns involving different infection chains.

Metadata analysis of the LNK file allows key information to be extracted about the direct link to another file and the execution process. In general, LNK files have a small file size but contain valuable information such as shortcut target file, file location and name, and the program that opens the target file.

The VenomLNK files obtained from the campaign were all similar and contain slight modifications from earlier known samples which are:

The GC MaaS continues to offer a versatile catalog of attack tools and underlying C2 infrastructure to fulfill the entire attack kill-chain. The Operator continues to regularly evolve and improve the toolset within his service portfolio, and adapt new techniques over time, such as in the campaign leveraging TerraLoader to directly inject a payload into memory. We expect the MaaS will continue to prove its success and profitability, through at least its returning customers and the known top-tier e-crime threat actors who have utilized the available services.

Do you want to know more about Golden Chickens MaaS through exclusive and unpublished intelligence? Have information to share about about our findings?

Blog updated on 21 July to fix error in Sighting 2 and Sighting 3 IOC order.

Want to learn more?
Click here to listen to the Podcast “What came first, the Golden Chickens or more_eggs?” made in collaboration with The CyberWire.