Founded in February 2020, QuoIntelligence is a spinoff of QuoScient’s Intelligence Team QuoINT, with an established presence in the EU and US markets.  We are a cyber intelligence startup committed to informing decision makers of current and prospected cyber and geopolitical threats by providing Finished Intelligence, tailor-made for your organization. We use the term Finished Intelligence because we are not another data or information feed provider.

Headquartered in the geographic center of the European Union, Frankfurt am Main, Germany, we are successfully integrated and servicing several verticals across the region. Also Incorporated in the US, we are supporting international and regional organizations, with remote analysts located on both coasts. Likewise, this geographical footprint enables us to follow the sun global workflow.

Since our early days at QuoScient and now at QuoIntelligence, we are trusted by our clients to consistently deliver cybersecurity solutions, tailored to their environment.

Being both a member and leader in the information sharing community is both a powerful and volatile position. When organizations entrust not only their budget, but responsive actions in our company and the information we provide, it is essential to adhere to a strict standard and embody core values understood by every member on our team. These core values defined below are rooted in who we are and feed into our day-to-day reality as a pivotal member in the information sharing community. It is because of these values that we continue to focus on the mission and represent the community we serve.

First and foremost, we understand that security is a very serious matter. As such, our analysts rely on scientific processes for all our analysis to ensure the integrity of the finished intelligence we provide to the customer. As individuals and as a team we represent professionalism in everything we do, and we focus on delivering actionable intelligence efficiently.

Our shared passion drives us to provide a high standard of excellence to which we continuously strive for each day. This passion fuels us to be visionaries in the field in order to plan for future growth and forecast a changing threat landscape. We are committed in protecting the environment of our customers, as well as providing visibility to the information sharing community.

To put it simply, our clients are our priority. We tailor our intelligence products around customer requirements to ensure the products are actionable, relevant, and timely. At the end of the day, our customers rely on the intelligence we provide to help protect their organization and assets. It is our duty and mission to guarantee our products are used across the enterprise.

Our expertise is driven by our people

We come from diverse backgrounds:

We are a multi-cultural team with a complementary skillset: 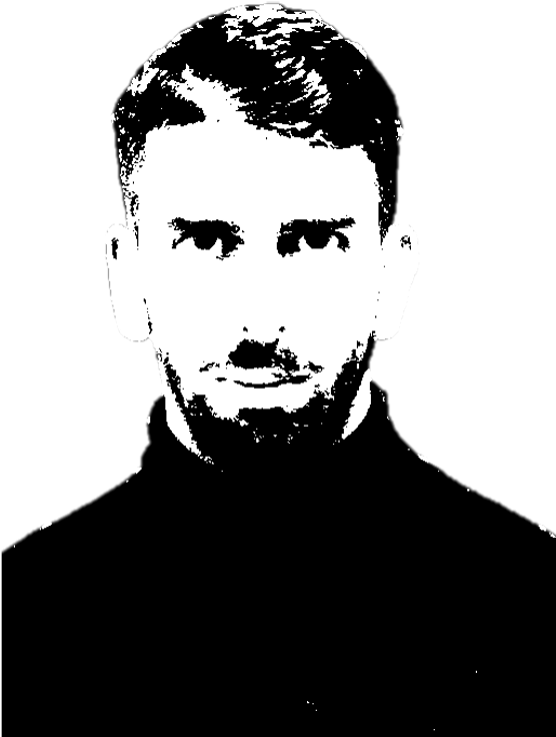 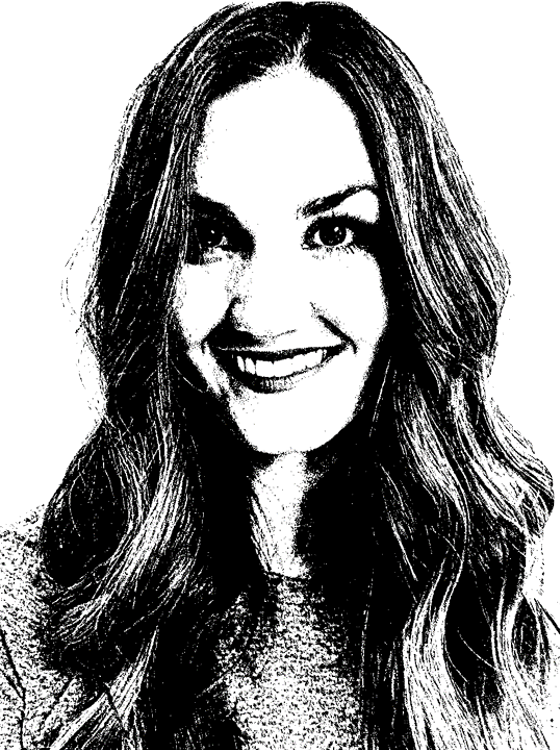 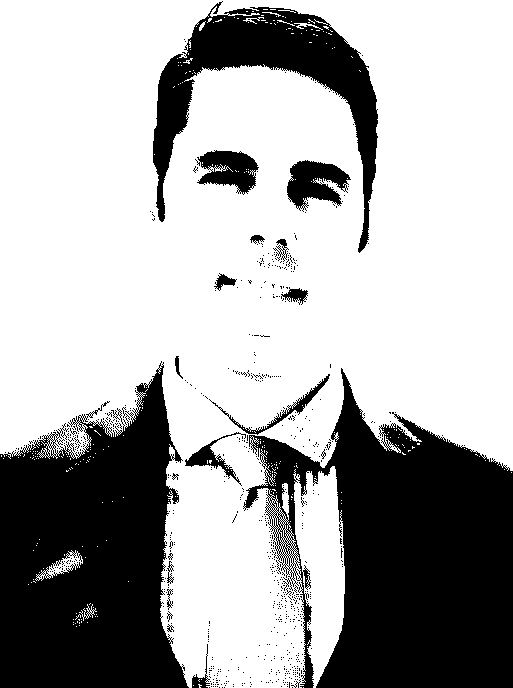 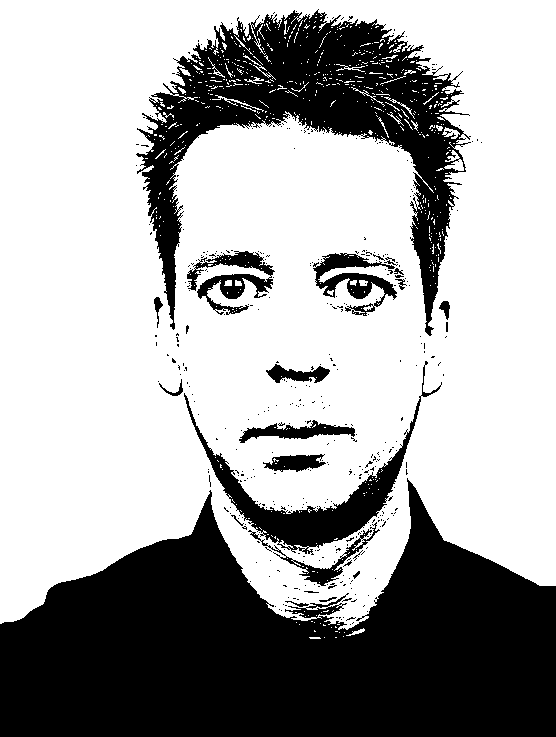 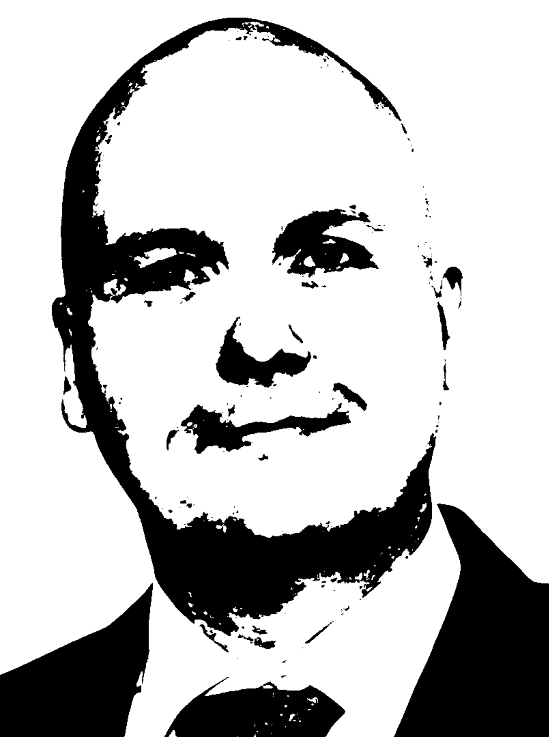 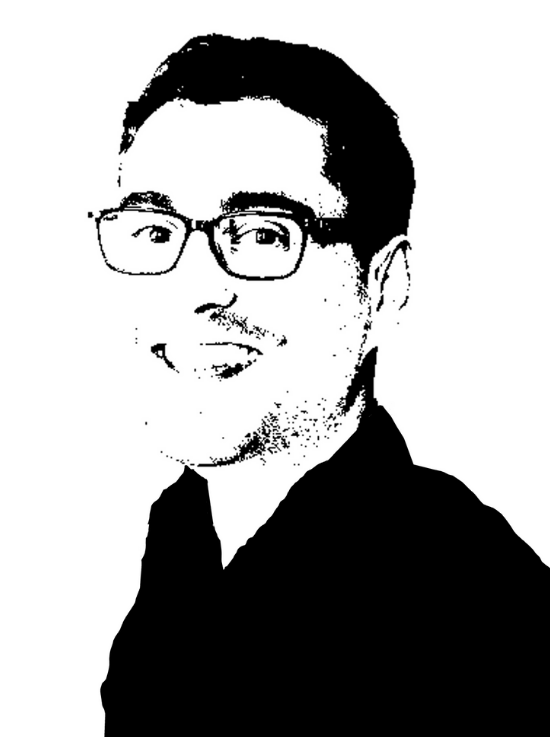 Marco Riccardi is a passionate scientist who joined QuoScient in 2017 and created an entire business line dedicated to Threat Intelligence from scratch. In six months, the team known as QuoINT went live with some of his former colleagues (including Allison and Chaz) who joined him from Deutsche Bank, where he worked as Threat Intelligence consultant. The team grew over the next six months and entered the market in 2019 with a dedicated Threat Intelligence offering. He presented the exclusive research produced by QuoINT at several cyber security conferences worldwide.

Seven years earlier, he covered various operation roles in some of the most influential financial institutions in Germany and Spain, working as e-Crime analyst, SOC operator, Incident Responder, Digital Forensic investigator and finally as Cyber Threat Intelligence analyst. Before that, he spent four years in the IT/Information Security consultancy sector as a system and network engineer and penetration tester. He started his career by voluntarily joining the Italian military and serving in the PSYOP Army Regiment.

Marco has been both a researcher and an open-source developer. He has presented his personal research to multiple security conferences and has been recognized by IEEE in 2010 (eCrime Fighters Scholarship Award) and CLUSIT in 2008 (Best National Theses on Information Security in Italy). He contributed as a reviewer to different academic scientific journals, including COMNET, Network and Computer Application, International Journal of Information Security, and Security and Communication Network journals. Marco holds a bachelor’s degree in computer security obtained at University of Milan (IT), a master’s degree in Cyber Intelligence obtained at Utica College (US) and CISSP, GCIA, and GCFA certifications.

Finally, Marco is the type of suspicious person that usually tends to mistrust any information until he is sure he has performed enough source-validation on it. He also likes to encourage others to be skeptical like him — by mistrusting information (like this bio) until they find evidence proving it.

Prior to her startup adventure, Allison worked with industry and former government colleagues in Deutsche Bank’s Cyber Threat Intelligence team as an Analyst.  She supported international teams in security operations, forensics, and vulnerability management.  Her research and analysis of the latest pertinent cyber threats and threat actors provided internal stakeholders mission critical information to drive response and mitigation.

Before joining Deutsche Bank, Allison worked at the United States Department of Homeland Security (DHS) as a recruit and recipient of the U.S. CyberCorps Scholarship for Service.  She worked in the U.S. Federal Government as part of the Network Security Deployment agency, a large-scale cybersecurity implementation for the .gov networks, part of the Cybersecurity and Infrastructure Security Agency (CISA) within DHS. Her work included reviews and assessments of cyber engineering projects for security soundness prior to production delivery to all .gov agencies, assessment of test environments and analytic prototypes, as well as analysis and response to threats co-leading teams of public and private sector stakeholders.

Allison graduated from California State University San Bernardino with a bachelor’s degree in business and Cybersecurity, where she worked in the Information Security Office on vulnerability management and incident response. When she is not in airports or coffee shops Allison calls Phoenix, Arizona home.

Antonio Arias is an HR professional who joined QuoIntelligence in March 2022 as our first Chief People Officer. He is responsible for the strategy and implementation of the people agenda that underpins the ambitious goals of the company.

Antonio had been advising the QuoIntelligence team from June 2021. However, he decided to join the good fight as the company embarked on a rapid transformation and expansion phase. He is focused on enabling our growth by recruiting 50 new colleagues in 18 months, supporting the opening of legal entities in new countries, and deploying our HR Roadmap 2023.

Prior to joining QuoIntelligence, he spent 12 years in talent acquisition going from the agency side to recruitment process outsourcing and then in-house. He has led international recruitment teams at Serco, Exyte, Tipico, NATO and MBCC Group, always driving innovation and change at a fast pace. This background in global recruitment roles, while working alongside top subject matter experts in global HR teams, made Antonio the ideal person to set up the People Team at QuoIntelligence. Even more so as it embarks on a phase of exponential growth.

Antonio is new at QuoIntelligence but no stranger to our team. In 2012, he recruited a young engineer named Marco Riccardi to work at the European Central Bank, where he also met Odín Rodríguez Lago. They stayed connected over the years and are now all reunited at QuoIntelligence.

Antonio was born and raised in Oviedo (Spain) and is a father of two girls. He has lived in Germany since 2012. He is a season ticket holder of Real Oviedo Football Club for nearly 20 years, so he may not look very happy on Monday mornings. When he’s not changing diapers, he spends nights playing Call of Duty Warzone with his hometown friends.

Odín Rodríguez Lago is a consummate Information Technology professional with an extensive and multidisciplinary career. He began his career as a developer and systems integrator, mainly in the open-source area. Since then, he has held multiple roles over the last seventeen years, currently as Chief Technology Officer, but also as Enterprise and Security Architect, Project Manager, Technical Lead and Consultant. He has sound experience in different IT fields like Information Systems, Cybersecurity, and Analytics and Big Data.

Before joining QuoIntelligence, he was consulting in the Benelux region as Enterprise Security Architect and Project Manager for different companies and institutions such as the European Commission, Atos Belgium,  the European Council, and the European Patent Office.

Before that he worked for six years in Germany as Technical Lead and Security Consultant for the Security and Architecture division of the European Central Bank.

Jörg Schauff is our VP Threat Advisory, having joined QuoIntelligence in 2022. He is an internationally-experienced intelligence and cybersecurity expert with over 20 years’ experience in the security environment — both civilian and military.

He brings a wealth of deep knowledge and industry weight to QuoIntelligence. In turn, our clients benefit from his expert advice across all aspects of threat intelligence.

Jörg’s threat intelligence career began at the German Federal Office for the Protection of the Constitution (BfV) in the Counterintelligence Department. Supporting national and international counter espionage operations in government and industry, he focused mainly on threats from the Russia and China nexus.

As a civilian advisor to the Bundeswehr Cyber Command (KdoCIR), Jörg contributed to the German military’s cyber threat intelligence program.

Prior to his start-up journey with us, Jörg managed the Strategic Threat Advisory Group of CrowdStrike in Europe and supported the development and implementation of cyber threat intelligence.

Jörg was born and raised near Köln. When not advising on threat intelligence, he substitutes the dangerous internet highway for the relatively safer tarmac ones traveling around Europe in his motorhome.