Android trojans continue to proliferate and evolve. And the threat nowadays is even more pronounced due to the use of On-Device Fraud (ODF). ODF-capable trojans commit fraud without the need to interact with criminals.

The trojan sends fraudulent transaction requests from the device instead of exfiltrating credentials. These transactions look legitimate to financial institutions, as they come from a previously used device.

These capabilities extend to crypto fraud by replacing destination wallet addresses with the threat actor’s wallets. Android trojans target a multitude of banks and cryptocurrency companies, being spread through the Google Play Store or phishing websites. Once they have infected a device, they take over complete control, hiding from the victim and making it hard to remove them.

Android malware continues to target users throughout Europe, Australia and the US, with Spain, Turkey and Poland being the most targeted countries as noted by Threat Fabric in their 2022 mobile threat landscape update.

One of these trojans, ERMAC, has been observed to be the third most active during the second quarter of 2022. ERMAC’s functionality includes several advanced techniques to target cryptocurrency owners, but is also able to capture credentials from over 400 banking applications and circumvent Multi-Factor Authentication, making it one of the most dangerous Android threats currently in circulation. 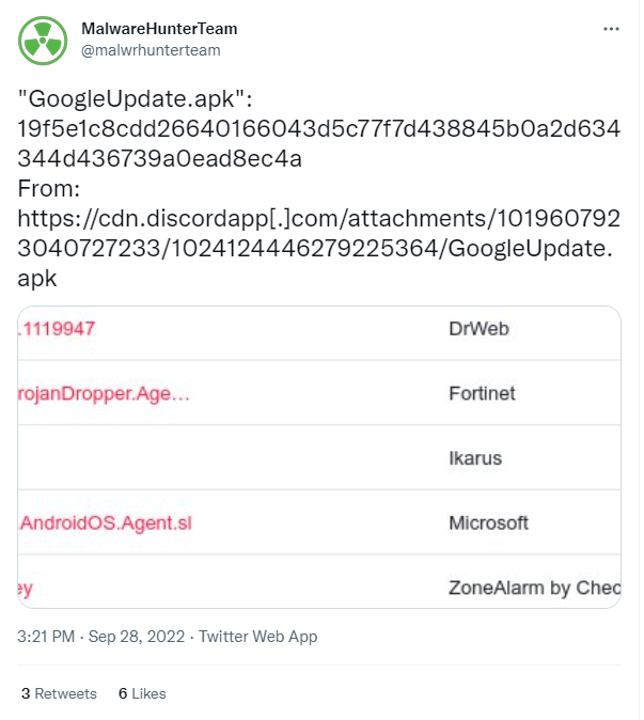 On further analysis, this Android application turned out to be a slightly updated version of ERMAC 2.0 as described by Intel471 and Cyble. ERMAC 2.0, like its predecessor ERMAC, is based on Cerberus; however, it now implements several advanced functionalities, an updated communication protocol, and several new commands for added control.

Targeting over 400 banking applications using webfakes, ERMAC 2.0 has advanced functionality to circumvent multi-factor authentication (MFA), be it over SMS, email, or dedicated MFA apps. These come in the form of commands that ERMAC 2.0 implements.

ERMAC 2.0 comes with a dedicated panel to control the bots that also function as a C2 server. 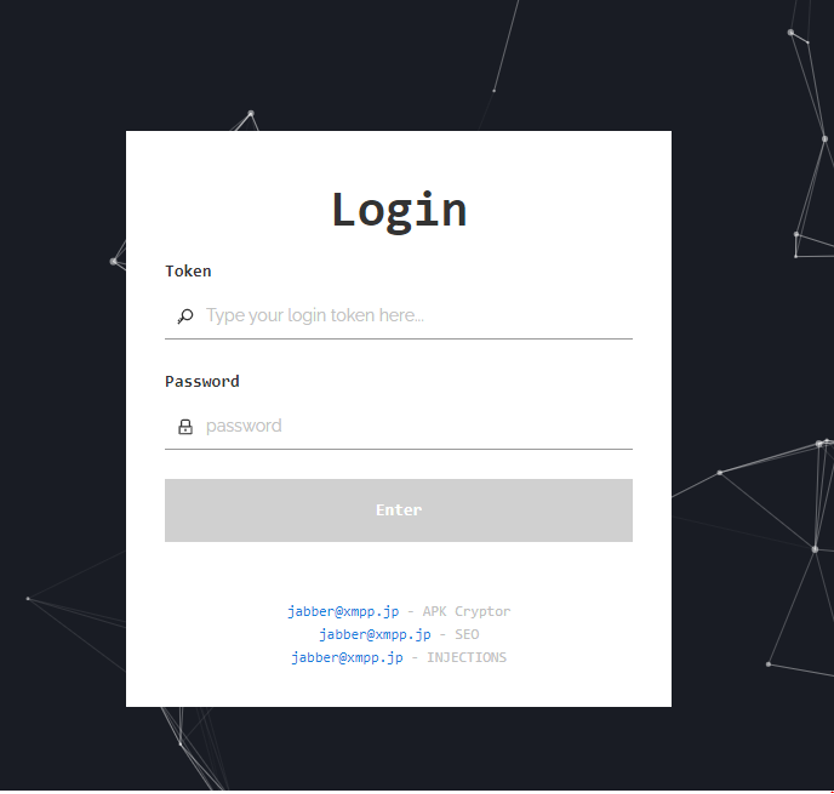 Upon installation of the malicious apk, ERMAC masquerades as Chrome Update.

When victims open the application, ERMAC asks for accessibility services under the guise of needing this to install the update.

ERMAC includes functionality to mimic several legitimate applications, these include Telegram, Facebook, Instagram, Chrome, YouTube, WhatsApp, Contacts, Gmail, Google Play and TikTok. While the text contained in this analyzed application was originally in Turkish, ERMAC uses Google Translate to transpose the text with the translated one, based on the victim’s language. The application will bombard the user with notifications and take them back to the accessibility services screen until they accept. 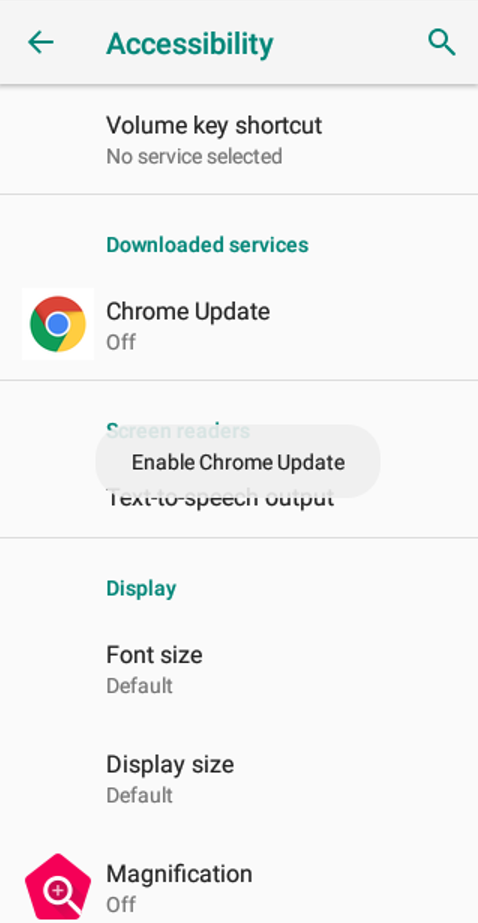 As soon as the victim enables the accessibility services for ERMAC, the trojan no longer needs user interaction and will give itself the permission it needs. It also removes its icon, in this case the Google Chrome icon, from the home screen and will prevent the victim from uninstalling the app through settings by exiting every time the settings app is opened.

ERMAC’s main functionality consists of overlay attacks on targeted banking applications. When an infected victim opens a banking application, ERMAC retrieves the associated web fake, an HTML page, and displays it to the victim. Once the victim has entered their banking credentials, ERMAC exfiltrates these to the attacker. These web fakes masquerade as the legitimate application. Example overlays are presented below: 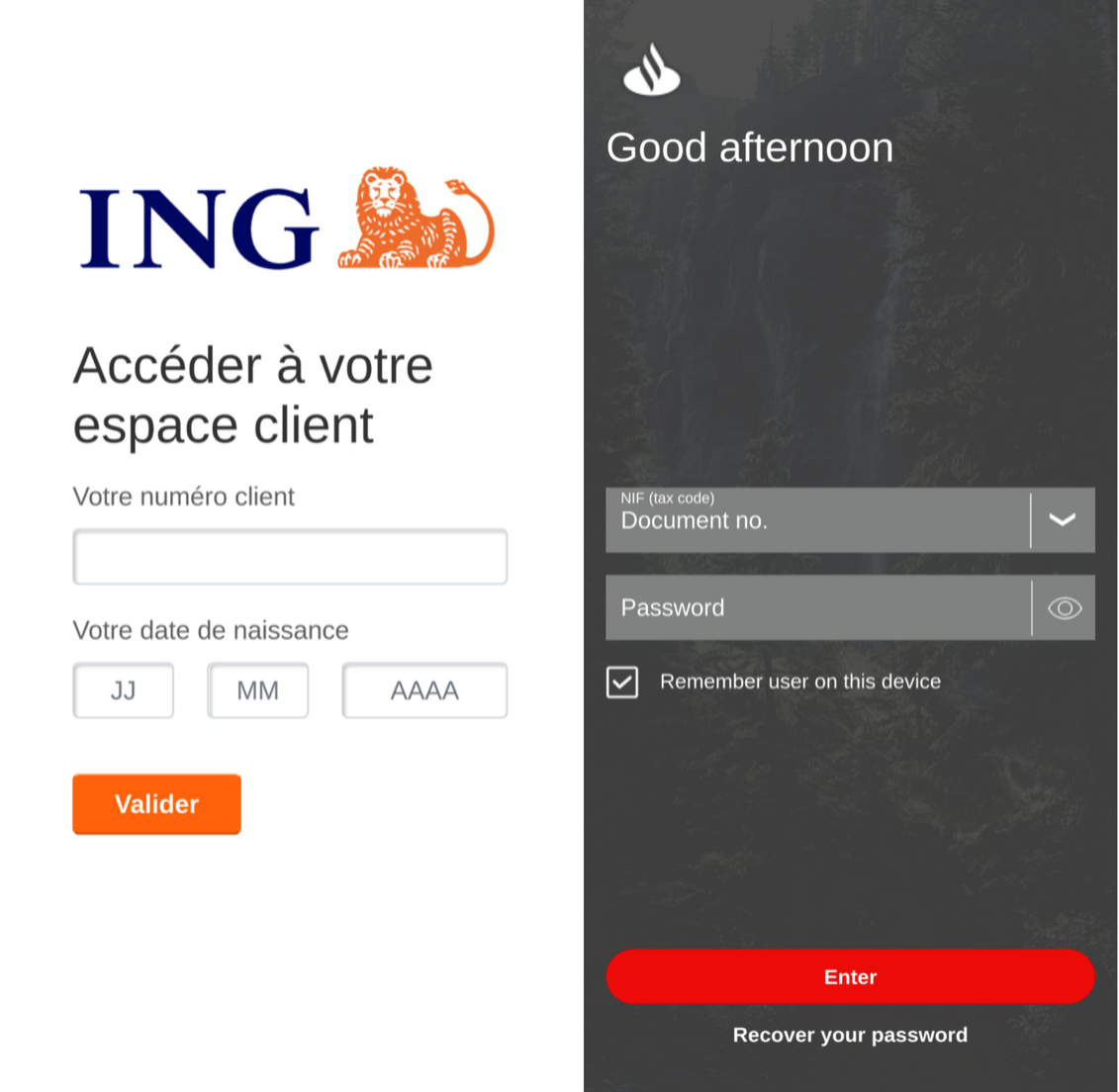 Due to the widespread adoption of MFA, ERMAC 2.0 has implemented several measures to circumvent it. These include capturing SMS messages containing the one-time password (OTP), extracting emails asking for confirmation and even grabbing OTPs from the Google Authenticator app. ERMAC will also recognize when an Ethereum or Bitcoin address is saved in the clipboard (ie copied) and will replace it with one of two set addresses that belong to the threat actor’s wallets.

ERMAC implements several commands that the threat actor can use to control the infected device. These are divided into settings that change the behavior of the trojan and commands that are one-off actions.

The implemented settings are: 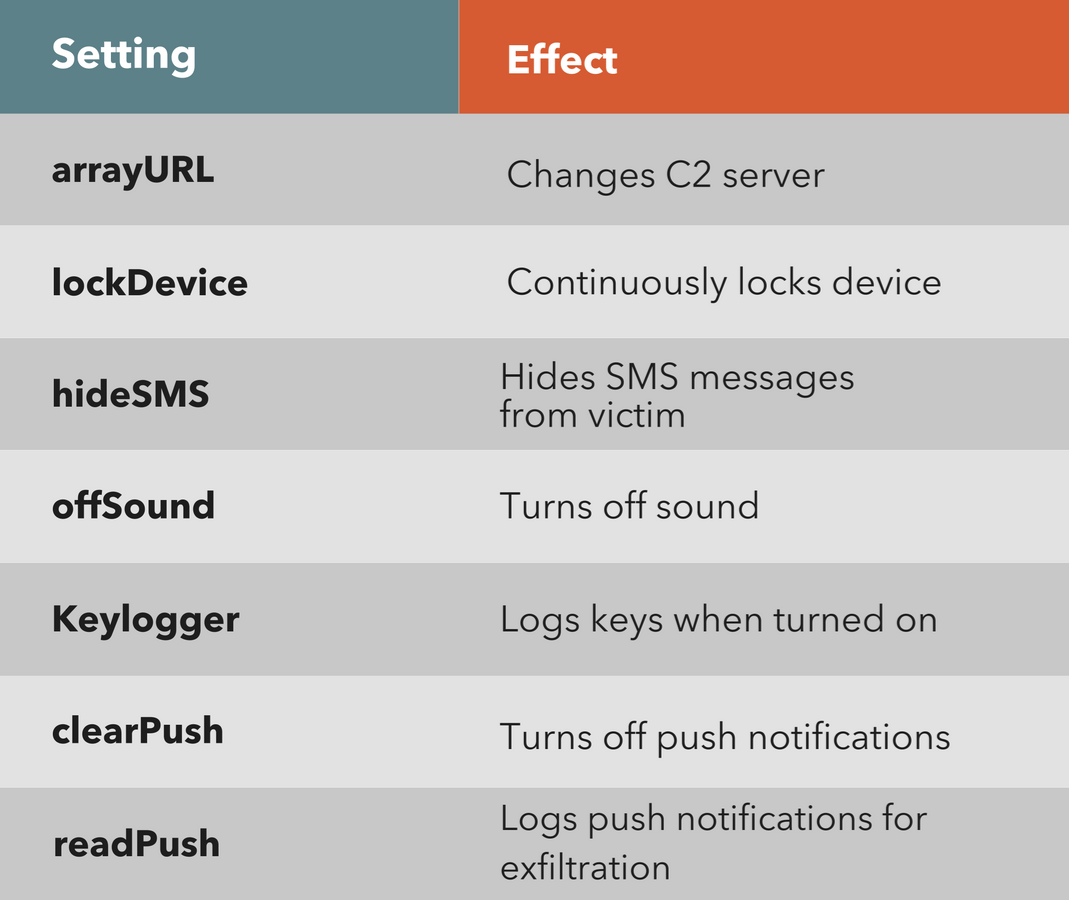 The implemented commands are: 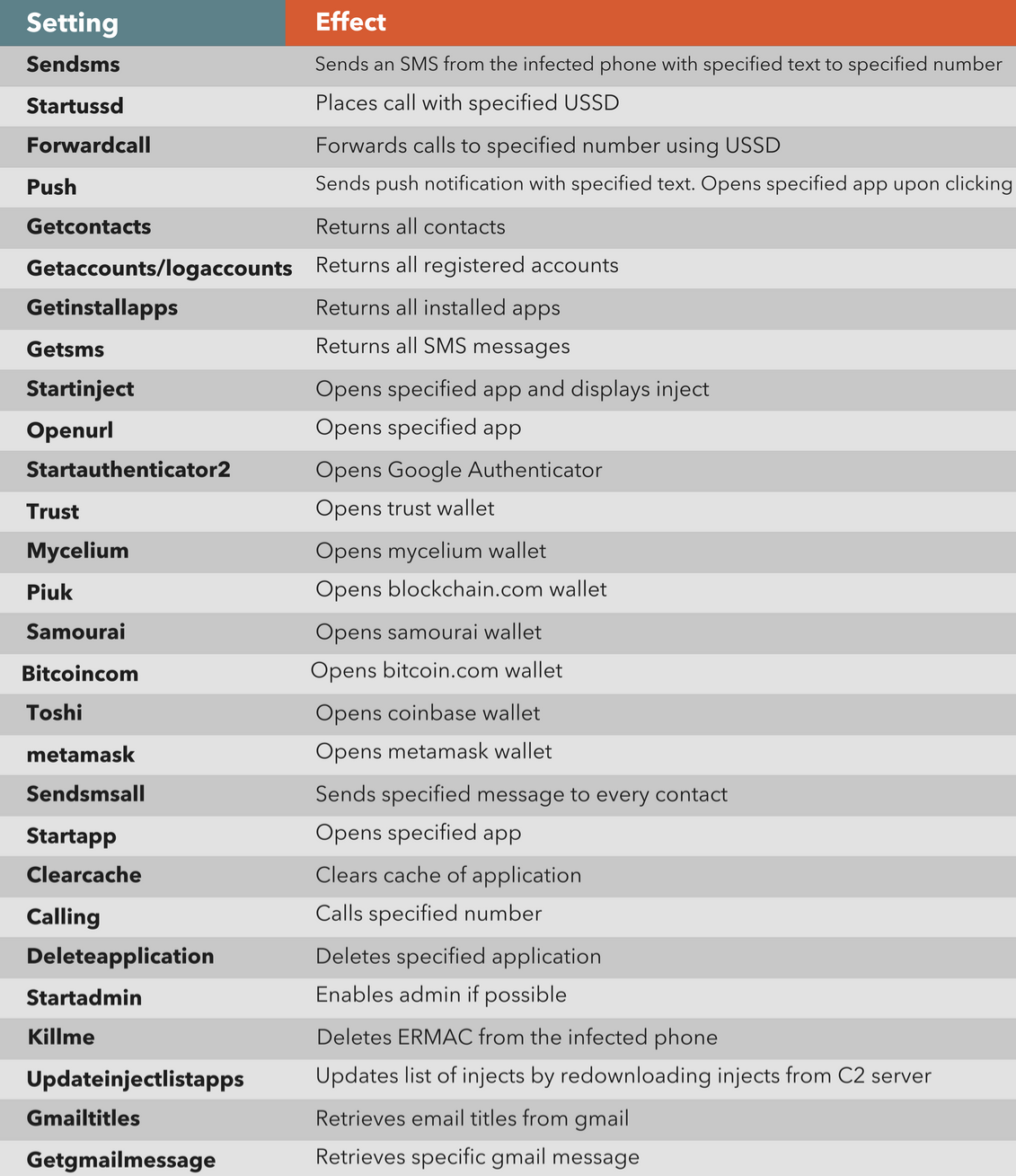 ERMAC 2.0 also includes a set of 8 commands in Russian language that have no functionality, but can help with profiling malware samples:

ERMAC 2.0 employs symmetric encryption to obfuscate its communication with the C2 server. The base payload is usually json. The registration payload looks like this: 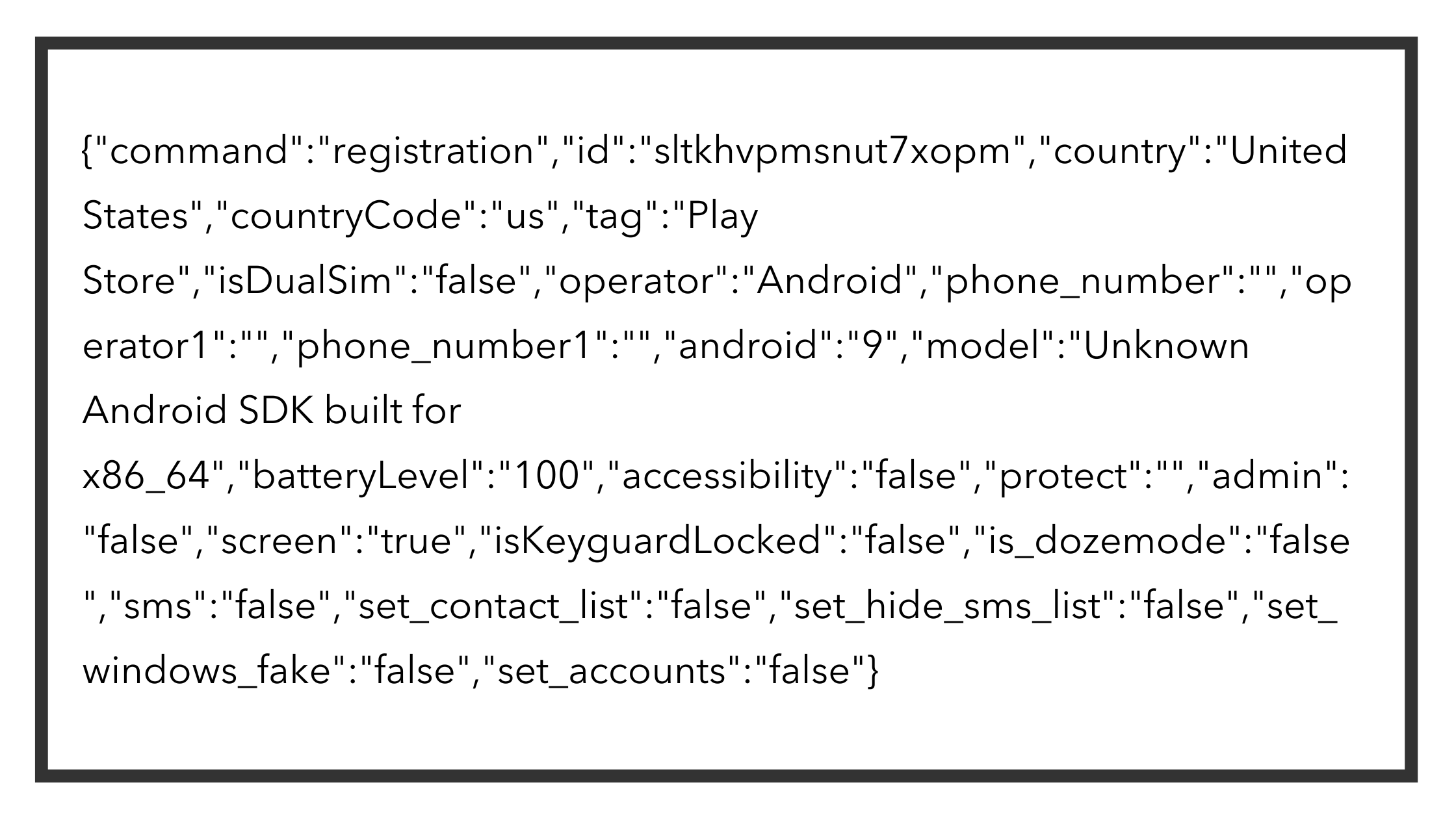 This payload gets encrypted using AES-CBC with 1A1zP1eP5QGefi2DMPTfTL5SLmv7Divf as key and 0123456789abcdef as IV, base64 encoded, and sent to the C2 server on any .php endpoint using a POST request. Answers from the C2 server are encrypted in the same way.

ERMAC’s capabilities in relation to MFA circumvention only fall short when it comes to allowing transactions through push notifications or specific external applications. Since many banking applications have this setup turned on by default, ERMAC might evolve in a way to automatically approve these requests, taking over the entire transaction process.

The developers of ERMAC have established a fleshed-out product that they can rent to criminals that don’t want to program their own trojan. The ecosystem that ERMAC provides – panel and trojan – constitutes one of the most sophisticated setups on the market today and the active support that they provide could make it the best choice for criminals wanting to enter the mobile banking fraud scene. Furthermore, malware binaries are packed, which leads to lower detection rates by antivirus engines.

QuoIntelligence uses phrases such as we judge, we assess, and we estimate — and probabilistic terms such as probably and likely — to convey analytical assessments and judgments. Such statements are not facts, proof, or knowledge. In addition to conveying judgments rather than certainty, our analysts’ estimative language also often conveys our assessed likelihood or probability of an event.

QuoIntelligence Accredited With TeleTrusT Label “IT Security Made in Europe”