DNS-over-HTTPS (DoH) protocol is now offered and in some instances standard, in major Internet browsers. DoH provides the benefit of communicating DNS information over a secure HTTPS connection in an encrypted manner. The protocol offers increased privacy for home-users but presents new challenges for enterprise networks and new opportunities for malicious actors. In order to prevent evolving threats from malware authors, organizations should stay updated and follow the latest security recommendations.

Pros this protocol offers to organizations:

Cons this protocol offers to organizations:

In 2017, the Internet Engineering Task Force (IETF) proposed a new standard for the Internet protocol named DNS-over-HTTPS (DoH). DoH is meant as a secure alternative to the existing standard Domain Name System (DNS) protocol for sharing IP addresses. The DoH protocol communicates DNS information over a secure HTTPS connection in an encrypted manner. However, DoH does not provide end-to-end security and only protects communications while in transit.

The primary benefit of DoH is that it encrypts all DNS information, whereas DNS is currently sent in plain text over HTTP. Therefore, DoH offers more privacy and data protection, especially from Man-in-the-Middle (MitM) attacks (e.g. DNS hijacking and spoofing) that would allow for snooping and manipulation of the DNS information.

Google Chrome and Mozilla Firefox were early adopters, having rolled out DoH in their respective browsers in late 2019.

At the time of initial rollout in 2019, we assessed it would be very likely that more malware families would begin to incorporate DoH into their operations, as well as new data-exfiltration tools leveraging DoH as C2.

In fact, in July 2020 Researchers from Kaspersky reported on Iran-linked threat actor group APT34 (also known as OilRig) evolving tactics using DNS-over-HTTPS (DoH) as a channel for data exfiltration through an open-source tool. The evolution was first discovered in May 2020, when the threat actor group used the publicly available tool DNSExfiltrator2 to move data laterally through the internal network and attempted to exfiltrate to an attacker-controlled system.

Additionally, in August and November 2020, QuoIntelligence detected targeted campaigns that share similarities to the threat actor we previously dubbed ReconHellcat. Among the state-of-the-art techniques leveraged by ReconHellcat, the group also used Cloudflare Workers as a C2 communication interface and DoH as their name resolution channel.

Implications of DoH for Organizations

With the introduction of DoH by Internet browsers and operating systems, companies are often unable to detect compromised hosts based on DNS traffic analysis. Monitoring solutions built around DNS identification are now outdated and unable to deal with new threats from malicious actors.

Additionally, while configuring DNS logging can increase network visibility, network administrators will need to incorporate supplemental tools and services to prevent users in the organization from accessing certain non-work-related sites and malicious domains.

Here are some of the threats Information Security Operations and Engineering will soon have to face:

Recommended actions to reduce the risk of implications

In January 2021, the US National Security Agency (NSA) released an updated guideline  for companies adopting DoH in enterprise environments.

The following tables of high- and medium-risk threats and remedial actions related to the DoH protocol in enterprise networks has been updated to include a summary of these latest recommendations. 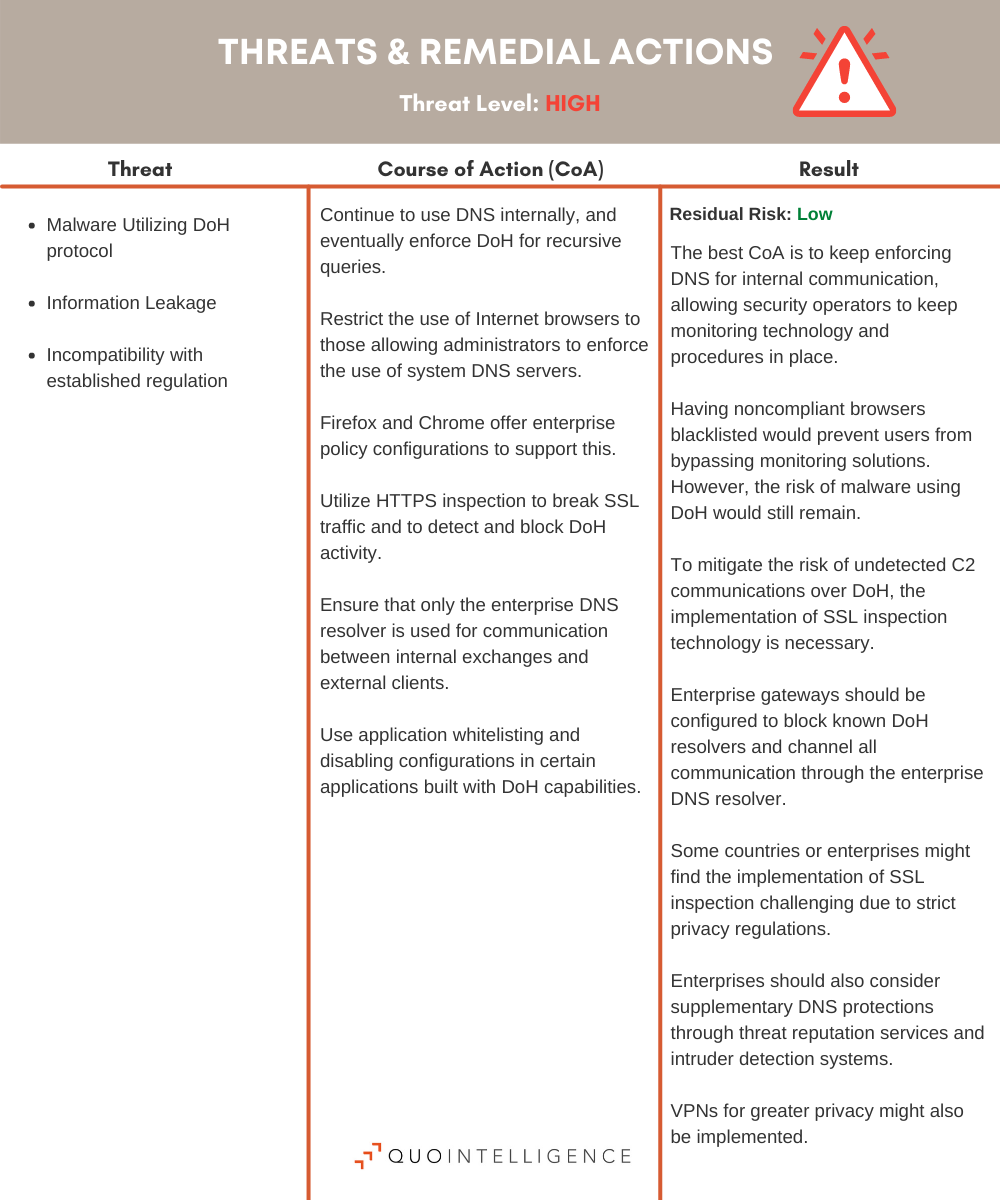 Table 1: High-risk threats and remedial actions related to the DoH protocol in enterprise networks by QuoIntelligence 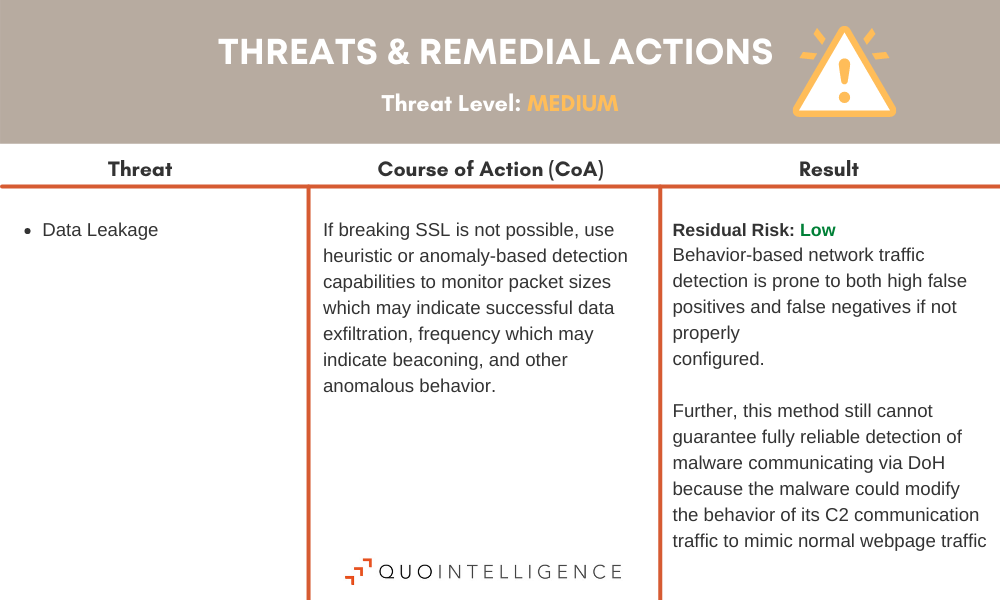 Table 2: Medium-risk threats and remedial actions related to the DoH protocol in enterprise networks by QuoIntelligence

While the DNS-over-HTTPS protocol offers increased privacy and security, it also enables users and threat actors to bypass traditional network controls used to secure a network. In order for enterprises to make their own switch to DoH, which could introduce a network blind spot, and to prepare for new external threats, a plan must be established. Organizations must enhance their infrastructure capabilities to detect and mitigate threat actors and insiders attempting to bypass network-level security controls.